Baylor Wortham has regularly served his community outside of the courtroom as well. Baylor and his wife Lindsay Salter Wortham are members of St. Jude’s Catholic Church in Beaumont, Texas. Baylor has twice served as an RCIA sponsor, and he has also served on an ACTS retreat team with St. Anne’s Catholic Church. Baylor has also been a member of the Knights of Columbus (St. Peter’s Council #13577) since 2004. Baylor also supports Beaumont Young Life and currently serves on the planning committee for the inaugural young life golf tournament scheduled for April 4, 2016. 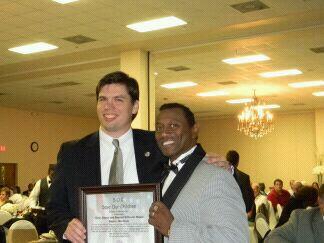 Baylor has also been active in the Save Our Children foundation and has previously been recognized by the foundation for his volunteer work with children.

Since 2010, Baylor has also served as the Chapter Counselor to the Sigma Phi Epsilon Fraternity at Lamar University (Texas Epsilon Chapter). As Chapter Counselor, he has helped guide and mentor members of the undergraduate chapter as they have grown and developed over the course of their college career. Baylor has also helped coordinate volunteer efforts between the chapter and its alumni, and in 2011, he helped spearhead a fundraising campaign for much needed repairs and renovations to the chapter house. To date, over $70,000 has been raised in furtherance of this ongoing project.